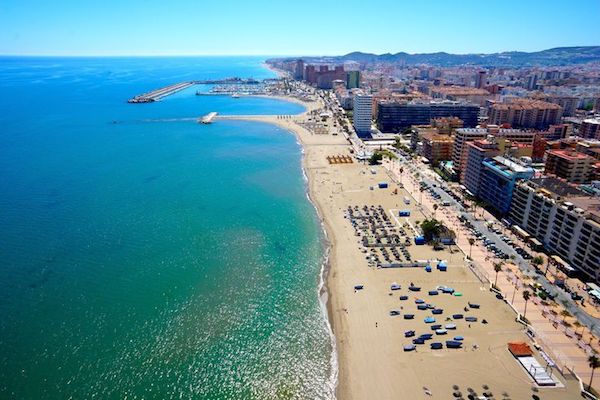 The Spanish economy contracted by 11% in 2020, according to data published recently by the National Institute of Statistics (INE).

This sad figure is the result of the restrictions imposed last year to slow the spread of the coronavirus, in particular the 94 (long!) days of strict house confinement that paralysed the economy between March and June.
This 3 month lockdown caused economic output to fall by 17.8% in the second quarter and, although it rebounded quite strongly during the second half of the year, it was not enough to offset the damage.

Production grew by a historic 16.4% in the third quarter after the country came out of quarantine, but then we were subjected to the second and third waves of the pandemic, which, reduced this strong growth to only 0.4% in the last three months of the year, according to data from the INE.

This growth saved the economy from a full-blown recession, but while the most optimistic forecasts hold that Spain will return to pre-pandemic levels by the end of 2022, most experts believe that the summer of 2023 is a more realistic date.

The Spanish government, led by the left leaning coalition of the PSOE and Podemos, had estimated a GDP contraction of 11.2% in 2020, and now foresee a 7.2% rebound in 2021 without taking into account takes into account the impact of European Recovery Funds.

If Spain manages to successfully manage and invest the almost 30 billion euros in reconstruction aid promised by Brussels for this year, the economy could grow up to 9.8%, according to the executive's estimates.

Of course this is assuming the Spanish government invests this money wisely...

Services and tourism
Statistics clearly show that most of the impact last year was felt by the service sector, particularly tourist related activities. Obviously, not being able to actually travel to Spain devastated the tourism industry, which accounts for almost 14% of GDP. So, as you can imaging, going from 85 million arrivals from abroad in 2019 to 20 million in 2020, has lead to business closures across the entire spectrum of the tourism sector, from hotels to bars, restaurants and retail stores that made a living from sales.

This in turn had an impact on the labour market, especially in regions more dependent on tourism.

The effects of the tourism collapse were compounded by a slowdown in exports and a drop in domestic demand fuelled by uncertainty about the future, as many workers were laid off or suspended.

Public spending
During the first six months of the year, public spending was practically the only engine of economic activity. Public spending reached all-time highs as the Executive sought to address the economic and health crisis, and this effort will be reflected in higher levels of public debt and deficits.

The Spanish government launched a stimulus plan in March to protect homes and businesses. One notable measure was the ERTE job retention program, which helped companies cut costs and avoid layoffs.

The measure has kept Spain's unemployment rate for 2020 at 16.1%, as jobless workers are not counted as unemployed. The scheme has just been extended for the fourth time until May 31. The government also introduced aid programs for businesses, including access to state-backed loans through the state bank ICO.