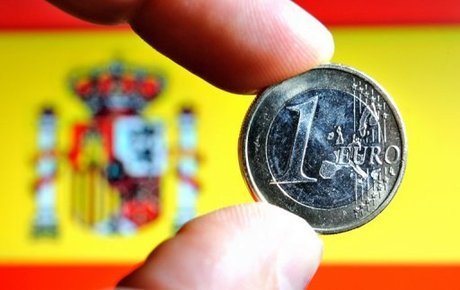 According to the European Commission the Spanish economy will experience the highest GDP rebound of the entire EU with figures of 5.6% in 2021 and 5.3% in 2022

After experiencing the largest economic contraction in the European Union, Spain is set to make its biggest comeback.

By 2022, the EU executive forecasts a GDP growth of 5.3%, compared to the previous figure of 4.8%. These figures place Spain at the head of economic growth in Europe.

The European Commission’s forecast falls below the Spanish government’s own estimate of 7.2% growth, although Brussels has pointed out that it did not take into account the impact of the European recovery fund, which will offer Spain up to 140 billion euros in grants and loans. Madrid estimates that this financial boost will add 2.1% to the growth rate.

A delayed but stronger recovery
The Brussels report shows some optimism after Germany and Spain ended 2020 in a better position than expected.

“Overall, while the outlook for the near term looks weaker than expected last autumn, growth in the European economy is set to resume this spring and gather momentum in the summer, as progress in vaccinations allows for a gradual unfreezing of economic activity. External demand is also set to support the recovery on the back of an improved outlook for the global economy”

Tourism: a slow recovery
However, the report notes that the recovery will not be the same in all countries. This may be the case with Spain, where tourism is one of the main contributors to GDP. The industry has been deeply affected by the impact of the coronavirus crisis, which reduced the number of visitors to a trickle last year.

The report speaks of a “soft recovery” of tourism in Spain this year, while “in 2022, the recovery of tourism is expected to gain momentum, with most of the impediments to activity completely removed.”

Exports, investment and domestic demand are also expected to recover as restrictions are progressively lifted.

This website uses cookies to improve your experience while you navigate through the website. Out of these, the cookies that are categorized as necessary are stored on your browser as they are essential for the working of basic functionalities of the website. We also use third-party cookies that help us analyze and understand how you use this website. These cookies will be stored in your browser only with your consent. You also have the option to opt-out of these cookies. But opting out of some of these cookies may affect your browsing experience.
Necessary Always Enabled
Necessary cookies are absolutely essential for the website to function properly. This category only includes cookies that ensures basic functionalities and security features of the website. These cookies do not store any personal information.
Non-necessary
Any cookies that may not be particularly necessary for the website to function and is used specifically to collect user personal data via analytics, ads, other embedded contents are termed as non-necessary cookies. It is mandatory to procure user consent prior to running these cookies on your website.
SAVE & ACCEPT