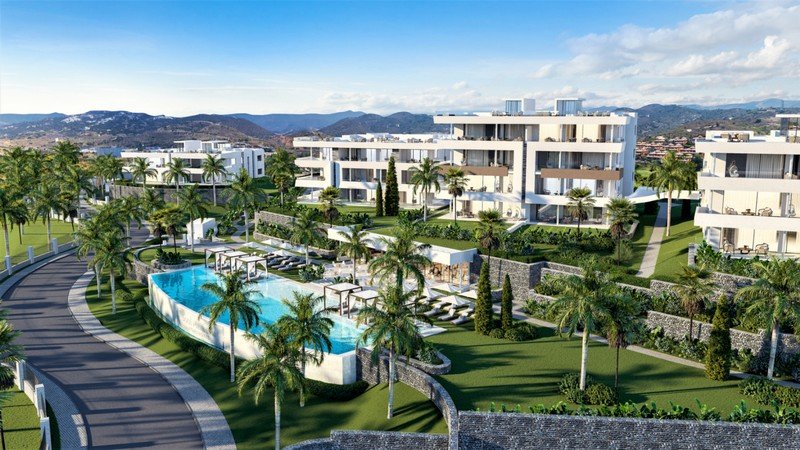 The pandemic slowed the growth in new home prices in the final months of 2020 to a yearly increase of 0.9%

The price of new Spanish properties in closed 2020 at an average of 2,476 euros per square meter, which means that last year rose by an average of 0.9%. It is the lowest increase since 2014, when prices were still falling as a result of the last recession, according to data published this Saturday by the Sociedad de Tasacíon (Society of chartered surveyors). Every year since 2015, when the Spanish real estate market started to recover, they ended up with higher growth rates. The peak was reached in 2018, a year in which new build property prices grew by 5%, and since then the sector has shown more modest signs of growth, that is until 2020.

The appraiser’s study, which is based on the valuations of more than 40,000 homes carried out between September and December, confirms that new construction is withstanding the crisis better than other real estate segments. The pandemic has changed buyer preferences and sustained demand for these types of homes has helped maintain prices. In fact, the amounts did not only grow in the capitals. According to the Sociedad de Tasacíon, outside the provincial capitals, the average price of new flats in cities with more than 100,000 inhabitants stood at 1,826 euros per square meter, 1.1% more than a year earlier.

The figures also looks positive in towns with more than 50,000 inhabitants (1,710 euros per square meter, 1.1% more than a year ago). Small urban centres saw growth more in keeping with the national average.

By cities, the Sociedad de Tasacíon highlights that prices compared to 2019 have not fallen in any of the 50 provincial capitals, although in three (Salamanca, Soria and Zamora) they remain unchanged. Palma de Mallorca (with 2,162 euros on average and a growth of 1.4%) leads the increases. They are followed by Barcelona and Madrid, both with an increase of 1.3%. In the Catalan metropolis the average value of new houses is 4,491 euros per square meter and in Madrid it is 3,673 euros. However, the pace has slowed everywhere in the last six months. Compared to June, 10 capitals (Jaén, Albacete, Cáceres, Vitoria, Ávila, Salamanca, Girona, Badajoz, Murcia and Guadalajara) saw decreases

Seven and a half years of salary for a house
In its publication, the Sociedad de Tasacíon also offered an evolution of its ‘Real Estate Effort Index’. This measures the number of years of full salary that a citizen with an average income would need to dedicate to buy a home. The result at the end of 2020 is 7.5 years, which represents an increase in effort compared to the previous quarter (7.4 years). There are huge differences by autonomous communities, although one thing remains unchanged: for another quarter, the Balearic Islands are the one with the highest effort index with 16.5 years. On the opposite side, again, La Rioja appears with 4.5 years. Together with the Balearic Islands, Madrid (8.6 years) and Catalonia (8.5 years) are above the average. All other territories including Malaga are below 7.5 years of the national average.

This website uses cookies to improve your experience while you navigate through the website. Out of these, the cookies that are categorized as necessary are stored on your browser as they are essential for the working of basic functionalities of the website. We also use third-party cookies that help us analyze and understand how you use this website. These cookies will be stored in your browser only with your consent. You also have the option to opt-out of these cookies. But opting out of some of these cookies may affect your browsing experience.
Necessary Always Enabled
Necessary cookies are absolutely essential for the website to function properly. This category only includes cookies that ensures basic functionalities and security features of the website. These cookies do not store any personal information.
Non-necessary
Any cookies that may not be particularly necessary for the website to function and is used specifically to collect user personal data via analytics, ads, other embedded contents are termed as non-necessary cookies. It is mandatory to procure user consent prior to running these cookies on your website.
SAVE & ACCEPT